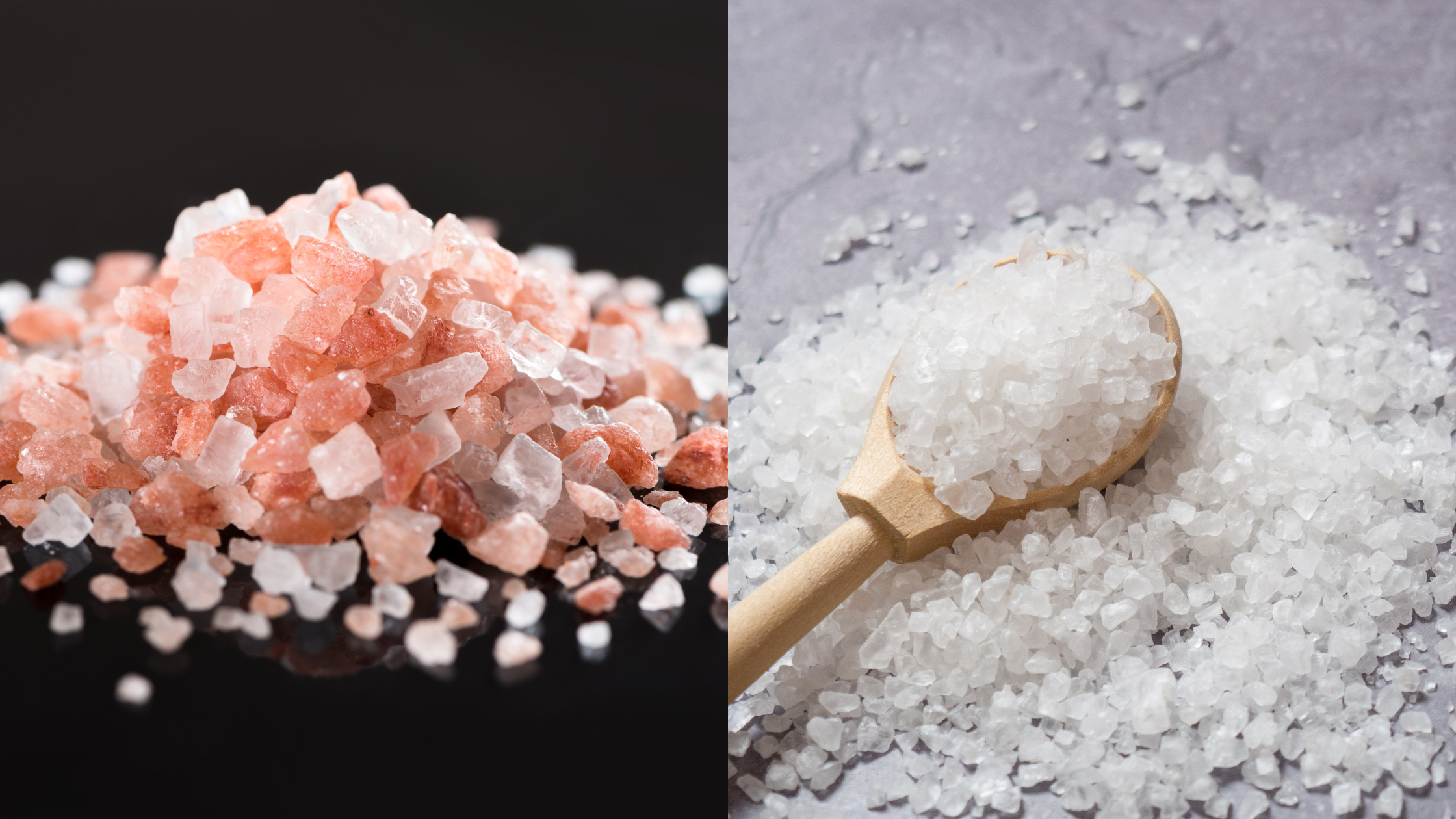 Gourmet salts come in various varieties and are used for various things. The distinctive characteristics that make them appropriate for particular uses account for their wide range of uses. Here, we’ll talk specifically about the two most widely used salts: sea salt and Himalayan salt.

What is Himalayan Pink Salt and Sea Salt?

Although both Himalayan pink salt and sea salt are primarily composed of sodium chloride, they differ in terms of their hues, textures, mineral contents, and methods of production.

While sea salt comes from seawater, Himalayan rock salt is obtained from underground salt mines, as the name would imply. These two salts can be distinguished from one another by the many ways in which they differ from one another.

Based on their general profiles and characteristics, we will compare and contrast these two salts and highlight their main differences.

Himalayan Pink Salt vs Sea Salt, which one is a better choice?

Although sea salt is typically promoted as being healthier than table salt, their nutritional value and sodium content are nearly identical. In contrast, Himalayan salt has 2% of the trace minerals that sea salt lacks and is made up of 98% NaCl. The benefits and nutritional value of Himalayan salt are enhanced by these minerals. It is superior to sea salt because it is unrefined and undergoes the least processing.

Cooking with pink Himalayan salt gives food flavor and traces of minerals. Himalayan pink salt can be found in a variety of products with a variety of uses thanks to its texture and crystalline structure.

Because it enhances garnishing, gives a crisp texture, and brings out the flavor of food, pink salt is also preferable to sea salt for use as a finishing salt.